Mango Tree Entertainment artiste Vijahn has quickly earned a reputation as a Rastafarian firebrand with a bright future as his hard-hitting ‘Kunta Kente’ single has become an underground hit in the streets.

“The response has been phenomenal, [with] wonderful feedback, especially on Facebook. Most fans say Kunta Kente is a hit song and they want to hear the others because Jamaica needs songs that empower us as black people and that keep the ancestral spirits alive,” the deejay said.

Vijahn is a consummate live performer who has rocked packed venues at events such as the Fishermen’s Regatta in St Mary, the RJR Cross Country road shows, the annual Marcus Garvey celebrations and the Yasus Afari Poetry Festival over the past two months.

“I am the uncompromising fyah and, right now, Kunta Kente hot in the streets. A the video we a go maths up now,” he said.

Born Anthony Edwards in Kingston on April 7, he grew up in Portland in a little community called Rock Hall. Once he graduated from Titchfield High, he began to hone his craft. In 2004, he converted to the Rastafarian faith, rechristening himself ‘Vijahn’. He hasn’t looked back since.

Vijahn’s first breakthrough song was Black Flag, produced by Dave Mitchell, CEO of Beego’s Production, which led to a string of international performances in the United States.

Now that he has inked a management and production deal with Mango Tree Entertainment, he has a team to push his career to the next level with chief executive officer Rayon ‘Roger’ King, chief operating officer Raven ‘Prappa’ Coombs, and producer Rayon ‘Short Boss’ Webb.

“I am coming for my spot in reggae and dancehall music,” he said. 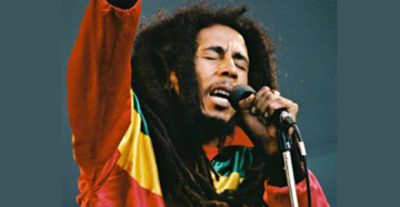 Racism: White Tourists Refuse to Share the Pool With a Zimbabwean Journalist Because He’s Black 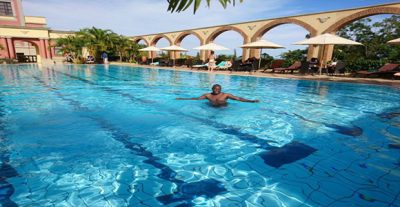