Racism among white Christians is higher than among the nonreligious. That’s no coincidence.

For most of American history, the light-skinned Jesus conjured up by white congregations demanded the preservation of inequality as part of the divine order.

Over the last several weeks, the United States has engaged in a long-overdue reckoning with the racist symbols of the past, tearing down monuments to figures complicit in slavery and removing Confederate flags from public displays. But little scrutiny has been given to the cultural institutions that legitimized the worldview behind these symbols: white Christian churches.

In public opinion polls, a clear pattern has emerged: White Christians are consistently more likely than whites who are religiously unaffiliated to deny the existence of structural racism.

A close read of history reveals that we white Christians have not just been complacent or complicit; rather, as the nation’s dominant cultural power, we have constructed and sustained a project of perpetuating white supremacy that has framed the entire American story. The legacy of this unholy union still lives in the DNA of white Christianity today — and not just among white evangelical Protestants in the South, but also among white mainline Protestants in the Midwest and white Catholics in the Northeast.

For more than two decades, I’ve studied the attitudes of religiously affiliated Americans across the country. And year over year, in question after question in public opinion polls, a clear pattern has emerged: White Christians are consistently more likely than whites who are religiously unaffiliated to deny the existence of structural racism.

For example, surveys conducted by PRRI in 2018 found that white Christians — including evangelical Protestants, mainline Protestants and Catholics — are nearly twice as likely as religiously unaffiliated whites to say the killings of Black men by police are isolated incidents rather than part of a pattern of how police treat African Americans.

And white Christians are about 30 percentage points more likely to say monuments to Confederate soldiers are symbols of Southern pride rather than symbols of racism. White Christians are also about 20 percentage points more likely to disagree with this statement: “Generations of slavery and discrimination have created conditions that make it difficult for Blacks to work their way out of the lower class.” And these trends generally persist even in the wake of the recent protests for racial justice.

As a white Christian who was raised Southern Baptist and shaped by a denominational college and seminary, it pains me to see these patterns in the data. Even worse, these questions only hint at the magnitude of the problem.

To determine the breadth of these attitudes, I created a “Racism Index,” a measure consisting of 15 questions designed to get beyond personal biases and include perceptions of structural injustice. These questions included the three above, as well as questions about the treatment of African Americans in the criminal justice system and general perceptions of race, racism and racial discrimination.

Not surprisingly, given their concentration in the South, white evangelical Protestants have the highest median score (0.78) on the Racism Index. But it is a mistake to see this as merely a Southern or an evangelical problem. The median scores of white Catholics (0.72) and white mainline Protestants (0.69) — groups that are more culturally dominant in the Northeast and the Midwest — are not far behind. Notably, the median score for each white Christian subgroup is significantly above the median scores of the general population (0.57), white religiously unaffiliated Americans (0.42) and Black Protestants (0.24).

This disparity in attitudes about systemic racism between white Christians and whites who claim no religious affiliation is important evidence that the common — and catalyzing — denominator here is religious identity. This consistent perception gap was the central research finding that launched the work on my new book, “White Too Long: The Legacy of White Supremacy in American Christianity,” out on Tuesday.

When confronted with unsettling results such as these, many of my fellow white Christians tend to explain them away with two objections. First, they assert that it is not white Christian identity itself but other intervening variables that account for such correlations. Second, they argue that even if white Christian identity is implicated, the results are muddied by the inclusion of people who have no real connection to actual churches, folks who are “Christian in name only.”

But even when controls are introduced in a statistical model for a range of demographic characteristics, such as partisanship, education levels and region, the connection between holding racist attitudes and white Christian identity remains stubbornly robust.

The results point to a stark conclusion: While most white Christians think of themselves as people who hold warm feelings toward African Americans, holding racist views is nonetheless positively and independently associated with white Christian identity. Again, this troubling relationship holds not just for white evangelical Protestants, but also for white mainline Protestants and white Catholics.

The legacy of this unholy union still lives in the DNA of white Christianity today — and not just among white evangelical Protestants in the South.

I suspect many of my fellow white Christians will be appalled by these findings, asking with genuine dismay: “How can this be?” Haven’t white Christians created charities of all kinds, built the infrastructure of much of our civil society and provided leadership on a host of social reforms, including the abolitionist movement, which was led in part by Christians moved by their faith?

But when we allow ourselves to cast our gaze beyond the rosy stories we tell about ourselves as champions and representatives of all that is good in America, a terrifyingly troubled alternative history emerges.

While it may seem obvious to mainstream white Christians today that slavery, segregation and overt declarations of white supremacy are antithetical to the teachings of Jesus, such a conviction is, in fact, a recent development for most white American Christians and churches, both Protestant and Catholic.

The unsettling truth is that, for nearly all of American history, the light-skinned Jesus conjured up by most white congregations was not merely indifferent to the status quo of racial inequality; he demanded its defense and preservation as part of the natural, divinely ordained order of things.

Consider the cultural context in which American Christianity, both Protestant and Catholic, was born. In the 18th and 19th centuries, as Protestant churches were springing up in newly settled territories after Native American populations were forcibly removed, it was common practice — observed, for example, at the Baptist church that was the progenitor of my parents’ church in Macon, Georgia — for slaveholding whites to take enslaved people to church with them.

The practice had it that whites sat in the front while enslaved Blacks sat in the back or in specially constructed galleries above. In late 18th-century Maryland, one-fifth of those included in a Catholic census were enslaved people owned by white Catholics or white Catholic institutions. And as late as the 1940s, urban Catholic parishes in major cities such as New York still required Black members to sit in the back pews and approach the altar last to receive the bread and wine of the Eucharist.

Moreover, the content of what was preached confirmed that white supremacy was part of the Christian worldview. Sermons, by necessity, tended to be light on the themes of freedom and liberation in Exodus, for example, and heavy on the mandates of obedience and being content in one’s social station from the New Testament writings of Paul.

In these seedbeds of American Christianity, an a priori commitment to white supremacy shaped what could be practiced (a slave master could not share a common cup of Christian fellowship with his slaves) and preached (white dominance and Black subservience were expressions of God’s ideal for the organization of human societies). Such early distortions influenced how white Christians came to embody and understand their faith and determined what was handed down from one generation to the next.

Our fellow African American citizens, and indeed the entire country, are waiting to see whether we white Christians can finally find the humility and courage and love to face the truth.

The plain testimony of history is that, alongside what good we white Christians have done, white Christian theology and institutions have also declared the blessings of God on the enslavement of millions of African Americans, the construction of a brutal system of racial segregation enforced by law and lynchings, the resistance to the civil rights movement and the mass incarceration of millions of African Americans. When the patterns in the current public opinion data are seen in this light, they seem unsurprising and, indeed, inevitable.

As monuments to white supremacy are falling all across America, a great cloud of witnesses is gathering. Our fellow African American citizens, and indeed the entire country, are waiting to see whether we white Christians can finally find the humility and courage and love to face the truth about our long relationship with white supremacy and to dismantle the Christian worldview we built to justify it. 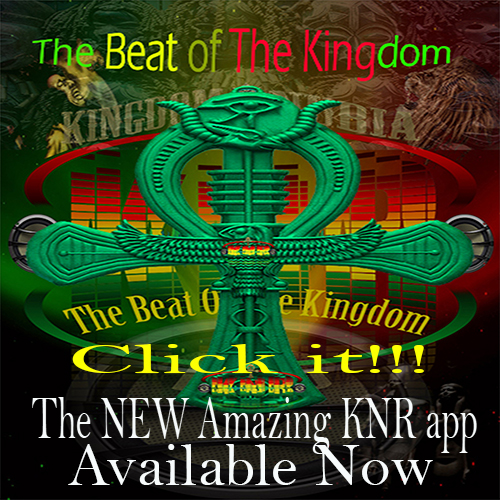 A ‘healthy’ doctor died two weeks after getting a COVID-19 vaccine; CDC is investigating why

Kongo in the Carolinas: The African Roots of the Stono Rebellion