‘This is frustrating, concerning and disappointing’: London mayor

A photo of a London Police officer having her body painted in blackface has prompted an internal police investigation and harsh criticism from the city’s mayor.

Several photographs of Const. Katrina Aarts having the makeup applied were posted on an Instagram account, police said Friday.

The photos were sent to the mayor’s office earlier in the week by a concerned citizen. The pictures were then forwarded to the deputy chief on Thursday, prompting him to call an investigation.

“We take these matters very seriously,” deputy chief Stephen Williams said. “We understand that many members of the community have expressed some concern and offence to this and it’s our responsibility to address that.”

Williams said the service’s professional standards branch is investigating the photos, which were sent to CBC News. 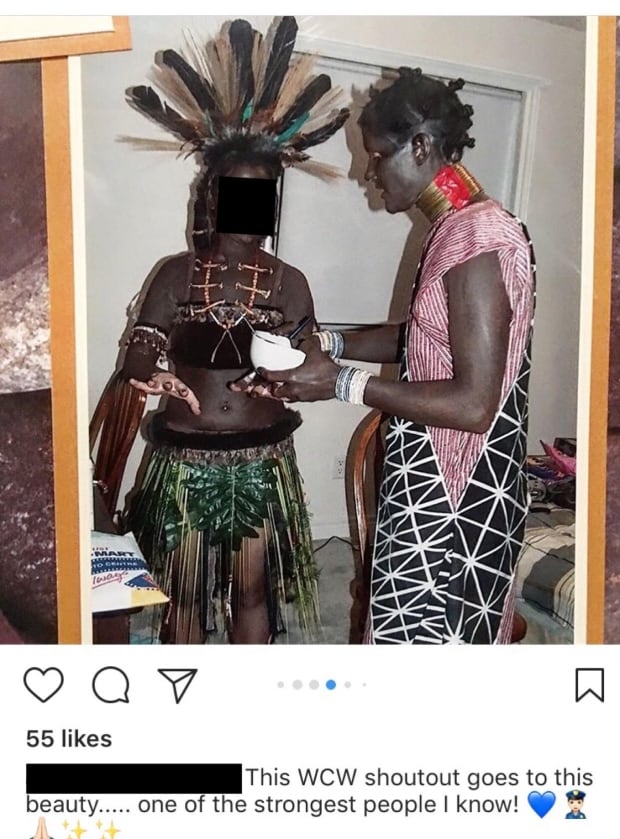 The social media account is listed as under private. Const. Katrina Aarts is seen on the right, painting another woman

“We’re hoping for a swift investigation to gather the facts about the intent and the context surrounding these images.”

Williams said the investigation will include speaking to the officer in question, including any witnesses to the incident.

Aarts has acted as a relief media officer for the police but Williams could not say how long she’s been with the force.

London Mayor Matt Brown, who also sits on the Police Services Board, was quick to respond to the photos.

“This is frustrating, concerning and disappointing. There is no place for racism in London,” Brown said in a written statement.

Mo Salih, a black city councillor who was recently appointed to the Police Services Board, described the incident as a “disappointment.”

“This is very hurtful and problematic. This stuff is not okay, racism or any other forms of insensitivity,” he said. “That picture is problematic and many people would say that’s not okay or unacceptable today or any day.”

A London police officer has apologized for dressing up in tribal garb and painting her face brown for a Halloween event 11 years ago, an action that Chief John Pare says was “racist” and “unacceptable.”

Pare made the comments Thursday at a news conference called to address the actions of Const. Katrina Aarts.

Several photographs of Aarts having brown face makeup applied were posted on an Instagram account controlled by Aarts’s sister. In the photos, she is also shown wearing neck coils and tribal clothing. Aarts was not a London Police officer at the time the photos were posted.

Pare read a letter of apology from Aarts, who said she takes responsibility for her actions in the photos.

“At the time I did not recognise the racial implications of choosing this costume. I am now remorseful of this decision,” she said in the letter.  “I apologize greatly for any hardship this has caused London Police Service and any member of the public that has been emotionally affected or offended.”

Officer will stay on active duty

Pare said Aarts has been on active duty in patrol operations since the photos came to light. He also said she plans to take racial sensitivity training.

However, Pare also said that in her nearly two years with the force, Aarts “has shown herself to be an excellent police officer and highly engaged in the community.”

The photos were sent to the mayor’s office in late December by a concerned citizen. The pictures were then forwarded to the deputy chief, prompting him to call an investigation.

Aarts has acted as a relief media officer for London police.

London Mayor Matt Brown, who also sits on the Police Services Board, also responded to the photos when they surfaced last week.

“This is frustrating, concerning and disappointing. There is no place for racism in London,” Brown said in a written statement.

The following letter was read by Chief John Pare on behalf of Const. Katrina Aarts:

On December 29, 2017, I was investigated for a posting that my sister created on Instagram. Although I did not have control over the posting of the pictures, I am taking responsibility for the content in the photos.

11 years ago, I dressed up in tribal costume with coils around my neck for Halloween.  In preparing for this costume, I painted my skin dark brown.  At the time, I did not recognize the racial implications when choosing this costume.  However, sitting her today, I am now forever remorseful for this decision.

As a member of the London Police Service, I take pride in my reputation as a Constable and therefore have taken upon myself to ensure that this does not happen again by seeking out training on cultural sensitivity, racism, bias stereotypes and the negative impacts of the same.

I apologize greatly for any hardship that this has caused London Police Service, as well as any member of the public that has been emotionally effected or offended.  I hope that you can accept this apology and permit me the opportunity to represent this organization in the most inclusive form in which I am capable. 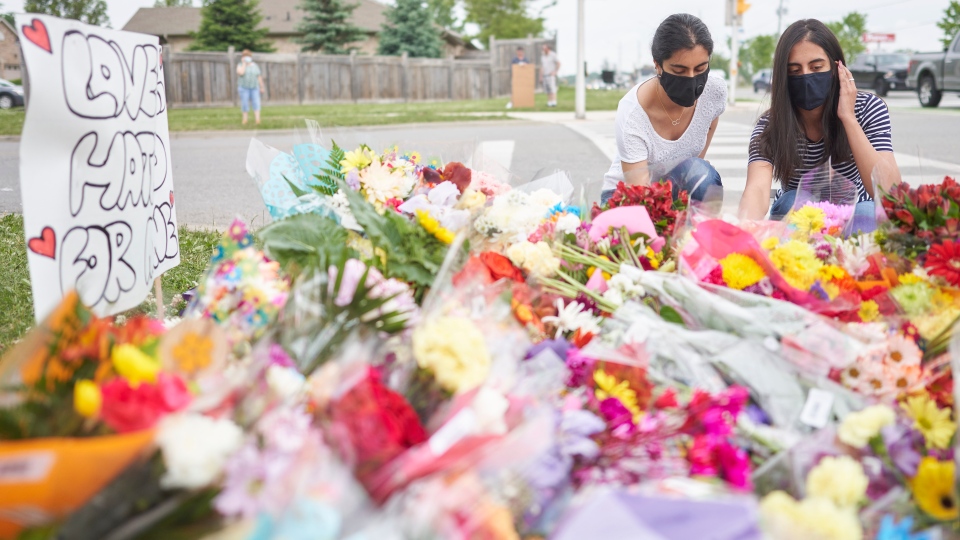