By 1860, the Cherokees had 4,600 slaves; the Choctaws, 2,344; the Creeks, 1,532; the Chickasaws, 975; and the Seminoles, 500. Some Indian slave owners were as harsh and cruel as any white slave master. Indians were often hired to catch runaway slaves; in fact, slave-catching was a lucrative way of life for some Indians, especially the Chickasaws.

Black slavery in America usually evokes images of the antebellum South, but few realize that members of the Five Civilized Tribes–the Cherokees, Choctaws, Chickasaws, Creeks, and Seminoles–in Indian Territory, today’s Oklahoma, also had slaves. Like their counterparts in the South, Indian slaveholders feared slave revolts. Those fears came true in 1842 when slaves in the Cherokee Nation made a daring dash for freedom.

In the 1830s and 1840s, initially at the insistence of President Andrew Jackson, the United States government forcibly removed the Five Civilized Tribes from their homes in Mississippi, Alabama, Tennessee, North Carolina, Georgia, and Florida to Indian Territory west of the Mississippi River. Their removal opened the lands to white settlers and planters.

When they moved, all of the tribes took with them established systems of slavery. Mixed-blood Indians, the offspring of white traders and frontiersmen who married Indian women, were the principal slaveholders in the tribes, largely because their fathers had taught them the economics of slavery. Those mixed-blood Indians remained tribal members and became important middlemen between white settlers and Indian communities.

https://www.youtube.com/watch?v=vkZXY3dYzE0Many Cherokees depended on black slaves as a bridge to white to white society. Full-blood Indian slave owners relied on the blacks as English interpreters and translators.

By 1860, the Cherokees had 4,600 slaves; the Choctaws, 2,344; the Creeks, 1,532; the Chickasaws, 975; and the Seminoles, 500. Some Indian slave owners were as harsh and cruel as any white slave master. Indians were often hired to catch runaway slaves; in fact, slave-catching was a lucrative way of life for some Indians, especially the Chickasaws.

Seminoles attitudes toward slavery were different than those of other tribes. Never practicing chattel slavery, they took in fugitive slaves and claimed them as their own ‘property’ to protect the blacks from slave-catchers. In return, the blacks, who lived in separate villages in the Seminole country, gave livestock and crop tributes to the Indians. The blacks and Seminoles also formed a military alliance, with the blacks serving the Indians as warriors and strategists. In some instances, the blacks would intermarry into the Seminole community.

All of the tribes except the Seminoles had slave codes. Even after their removal to Indian Territory, the Seminoles allowed their slaves to carry weapons and own horses and other property. Until a treaty in 1845 provided for their relocation to the western area of the Creek Nation, the Seminoles lived in the Cherokee country around Fort Gibson, Indian Territory. Before that, Cherokee and Creek slaveholders complained about the influence of Seminole slaves on their own slave populations.

The blacks locked their masters and overseers in their houses and cabins while they slept. Then they burglarized a store, stealing guns, horses, mules, ammunition, food, and supplies. At daylight the group, which included men, women, and children, headed toward Mexico, where slavery was illegal.

About 4:00 a.m., November 15, 1842, more than twenty-five slaves, most from Vann’s plantation at Webbers Falls, rendezvoused at a prearranged location near the port town. The blacks locked their masters and overseers in their houses and cabins while they slept. Then they burglarized the store of a man named Bigelow, stealing guns, horses, mules, ammunition, food, and supplies. At daylight the group, which included men, women, and children, headed toward Mexico, where slavery was illegal and many runaway slaves sought refuge. When the fugitive slaves entered the Creek Nation southwest of Webbers Falls, slaves from the plantations of wealthy Creeks named Bruner and Marshall joined them, increasing the number of runaway to more than thirty-five.

When the Cherokees discovered that their slaves had departed, about forty of them took guns and dogs and went in pursuit of the fugitives. Each slave reportedly had a horse or mule to ride, and they had taken some of Vann’s blooded racehorses, so they were highly mobile. The Cherokees followed the slaves into the Creek Nation. There a group of Creek Indians organized a search party and joined the Cherokees.

Within a few days of the escape, the Indians caught up with the blacks about ten miles beyond the Canadian River in the Choctaw Nation. The slaves found a depression in the prairie which provided a complete entrenchment for them and their horses, and they decided it would make an excellent place to fight. A pitched battle followed, with both sides suffering casualties. The blacks held the position for two days, but the Indians killed two of them and captured twelve others.

The fight convinced the Cherokees and Creeks to go home and get reinforcements before continuing the chase. The remaining fugitives kept moving toward the Red River.

During their flight, the fugitives met James Edwards, a white man, and Billy Wilson, a Delaware Indian, about fifteen miles from the battle site. Edwards and Wilson were fugitive slave hunters, whom blacks in the South called patrollers or “patty rollers.” They had with them eight blacks–one man, two women, and five children–who had escaped in the Choctaw Nation. They had belonged to a white man named Thompson, who had married a Choctaw woman, making him a citizen of the Choctaw Nation. The fugitives had been headed west to join one of the Plains Indian tribes when a man named Chisholm spotted them and turned them over to Edwards, Wilson, and a Cherokee man for transport back to Choctaw authorities.

Edwards and Wilson made good progress until they met the fugitive Cherokee and Creek slaves, who killed them. The Choctaw blacks gladly joined the Cherokee band as they continued on their journey toward Mexico.

The slave outbreak was reported to the Cherokee National Council at the capital in Tahlequah on November 17, 1842. Immediately the council passed a resolution, which Chief John Ross approved, authorizing Cherokee Militia Captain John Drew to raise a company of one hundred men to pursue, arrest, and deliver the blacks to Fort Gibson. The resolution also relieved the Cherokee Nation of any liability if the slaves resisted arrest and were killed. The Cherokee national treasury would compensate Drew’s militia, and Drew was authorized to purchase ammunition and supplies, provided that the expedition was not unnecessarily protracted and did not incur needless expenses.

On November 21, Drew left Webbers Falls with eighty-seven well armed men in his command. By November 26 they had arrived at the site of the battle between the slaves and the Creeks and Cherokees.

Picking up the runaways’ trail, Drew’s command came upon the bodies of slave hunters Edwards and Wilson, who apparently had been dead about four days. The militia found the trail again and two days later found the fugitives about seven miles north of the Red River, some 280 miles from Fort Gibson.

The slaves offered no resistance; starving, they surrendered immediately. Drew captured thirty-one slaves–the entire group except two who were away hunting. Drew’s men returned the slaves to the Cherokee Nation with no problem, arriving at Webbers Falls by December 7.

Drew reported to the Cherokee National Council on December 8. After an investigation, council members ordered five slaves to be held at Fort Gibson pending trial for the murders of Wilson and Edwards, then told Drew to deliver the remaining slaves to their owners. The Choctaw male slave was also turned over to Fort Gibson authorities. Drew kept the two Choctaw slave women and five children in custody until the Cherokees could ascertain their disposition from the Choctaw Nation. Joseph Vann took most of his black rebels out of the Cherokee Nation and put them to work on his steamboat, which worked the Arkansas, Mississippi, and Ohio rivers.

The Cherokees thought the influence of “foreign” free blacks had caused the slave insurrection. On December 2 they passed “An Act in Regard to Free Negroes” directing that all free blacks, except those whom Cherokees had freed, leave the Cherokee Nation by January 1, 1843, or as soon after as possible. Those who lingered or refused would be expelled. The act targeted the free black Seminoles living in the Cherokee Nation.

Cherokee attitudes against free black Seminoles continued. In 1849, tired of harassment from slave-catchers, some of the free black Seminoles under black Chief John Horse fled Indian Territory. They joined Seminole Chief Wild Cat and his followers and successfully reached Mexico.

By 1851, nearly 300 blacks had tried to escape from Indian Territory, most headed for Mexico or Kansas. In the northern Cherokee Nation, in what would later become Washington County, Oklahoma, an “underground railroad” trail led into Kansas. None of the escapes, however, equaled the scope or violence of the Cherokee slave revolt of 1842.

Everything will put you at ease through the sounds delivered to you via these airwaves. The vibes coming through Reggae Jazz, Acoustic Reggae, Slow Jams [...] 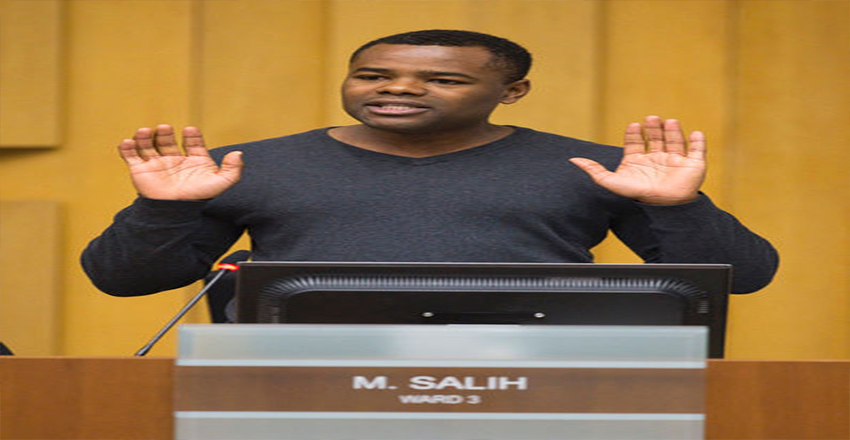 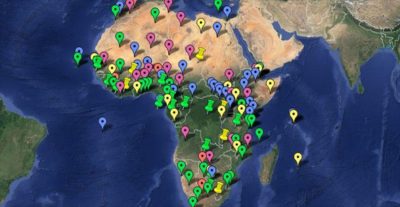