Benin and Its Royal Court

In a small, tribal village nestled in the dense forestland’s of northwest Africa, an important meeting is called by the chief. Villagers anxiously assemble and chatter nervously as they await the news. A fire crackles as the chief and village elders deliver the proposal of an alliance. Several neighboring villages are soon to be united, and they feel it will be prosperous to join the new group.

Benin and Its Royal Court

With fear, wonder, and excitement, the villagers consider the alliance. Though confused, they realize one thing for sure: life in Benin will never be the same.

While there are no written records documenting Benin’s early history, historians speculate that meetings like this were the beginnings of its rise to statehood. Based on archaeological evidence and stories passed on through many generations, it is known that clusters of villages preceded the great kingdom. They embodied its territories from about 900 to 1300 C.E., when Benin officially became a city-state.

Shortly after statehood was established, a foreign official named Oranyan became leader of Benin. Was he invited? No one knows for sure. According to oral tradition, Oranyan came to power because he married a local chief’s daughter and formed a kinship connection that led to ruling rights. Others argue that this story is just a cover-up and that Oranyan’s rise to power was most likely the result of an invasion. In either case, during Oranyan’s rule, he fathered a son who was called Ekewa. Historians agree that Ekewa was considered the first king, or oba, of Benin.

While these events solidified Benin’s transformation to a unified state, it was Eware the Great (1440-73) who launched Benin to its greatest height. Under his rule, and the successive reigns of his son and grandson, Benin changed dramatically.

Government structure was the biggest reform as bureaucracy replaced the kin-based system. Supreme power was held by the oba, who ruled through an assembly of chiefs and advisors representing various districts.

The art of Benin is the product of an urban royal court, and is meant to symbolize the power, mystique and endurance of the ruling dynasty and its governing institutions. This memorial head, cast in bronze, is an example of that tradition.

The system was one in which competition for leadership grew strong and much was accomplished. New territories were acquired through strategic military expansion, vibrant commercial activities arose, the economy boomed, and the arts flourished. Benin, with its royal court, joined the ranks of the largest, most powerful empires of the region.

One of the most crucial events of this prosperous period was the arrival of Portuguese mariners in 1486. Through contact with the Portuguese, Benin established important trade relations in Europe and became the chief exporter of cloth, pepper, and ivory. Trade also brought copper and brass into the empire, allowing metalworkers to refine their traditional techniques of sculpting and casting.

Eware established great guilds for Benin’s artists and craft workers. The activities and facilities were open only to privileged artists who were chosen by the king and highly esteemed in the royal court. The casting of brass was monitored carefully. Upon Eware’s command, anyone found casting brass without royal permission faced execution.

Benin’s art formed a central part of the kingdom, and for that reason, it is important today as a historical record. Many bronze, ivory, and wood carvings give a glimpse of life in the royal court through their depiction of historical personages and events.

While the growth of trade and strengthening of European relations brought Benin great prosperity, it also led gradually to the kingdom’s collapse. The European slave trade began in the early 16th century and swept through the region boasting of great wealth and prosperity. Many sources credit Benin for opting out of the slave trade completely, but it is important to consider facts that are often disregarded.

Although Benin did not engage in full-fledged slave trade until the 18th century, it never abstained from the system entirely. Its leaders prohibited the export of male slaves during the 16th and 17th centuries, but women, as they did not play a role in the political system, were considered expendable and traded freely. Benin officials also became involved in the importing and reselling of slaves from other regions during this period.

The commercial gains brought to West Africa through the slave market were immense but the prosperity quickly led to competition and war. Incessant fighting driven by hunger for human captives destroyed much of Benin’s civilization and weakened its economy.

Despite these trials, Benin survived through the late 19th century. Though on the road to demise, the kingdom held resistance as European powers swept through the region in search of prime territories to seize as colonial real estate.

Like many great civilizations, Benin’s rise to power was filled with excitement and wonder, but its eventual social crises and political instability displayed the effects of greed, inhumanity, and love of power. 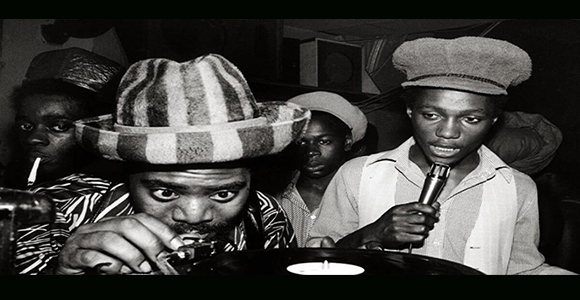 The Energy You Need

It's getting closer to quitting time. And the Afternoon vibes will take you there.