African immigrants are more educated than most — including people born in U.S.

Lots of the news from sub-Saharan Africa is about war, famine, poverty or political upheaval. So it’s understandable if many Americans think most Africans who immigrate to the United States are poorly educated and desperate.

That’s the impression that President Trump left with his comments to members of Congress opposing admission of immigrants from “shithole countries” in Africa and elsewhere.

But research tells another story.

While many are refugees, large numbers are beneficiaries of the “diversity visa program” aimed at boosting immigration from underrepresented nations. And on average, African immigrants are better educated that people born in the U.S. or the immigrant population as a whole.

“It’s a population that’s very diverse in its educational, economic and English proficiency profile,” said Jeanne Batalova, a senior policy analyst at the Migration Policy Institute think tank in Washington and coauthor of a report last year on sub-Saharan African immigrants in the U.S. “People came for a variety of reasons and at various times.”

Overall, their numbers are small compared with other immigrant groups but have risen significantly in recent years. The U.S. immigrant population from sub-Saharan Africa (49 countries with a total population of more than 1.1 billion) grew from 723,000 to more than 1.7 million between 2010 and 2015, according to a new report by New American Economy, a Washington-based research and advocacy group. Still, they make up just half a percent of the U.S. population.

The Pew Research Center reported that African immigrants are most likely to settle in the South or Northeast, and that the largest numbers — at least 100,000 — are found in Texas, New York, California, Maryland, New Jersey, Massachusetts and Virginia. Many African refugees have also relocated to or have been resettled in states such as Minnesota and South Dakota.

The Refugee Act of 1980 made it easier for people fleeing war zones to resettle in the U.S., and today there are tens of thousand of refugees from Somalia, Sudan and Congo. About 22% of African immigrants are refugees, according to Andrew Lim, associate director of research at New American Economy.

At the same time, the diversity visa program — also known as the visa lottery — has opened the door to immigrants from more peaceful places. Of the sub-Saharan immigrants who have become legal permanent residents, 17% came through the program, compared with 5% of the total U.S. immigrant population, according to Batalova.

Applicants to the program must have completed the equivalent of a U.S. high school education or have at least two years of recent experience in any number of occupations, including accountant, computer support specialist, orthodontist and dancer.

As a result, the influx includes many immigrants from sub-Saharan Africa who are highly skilled professionals.

Batalova’s research found that of the 1.4 million who are 25 and older, 41% have a bachelor’s degree, compared with 30% of all immigrants and 32% of the U.S.-born population. Of the 19,000 U.S. immigrants from Norway — a country Trump reportedly told lawmakers is a good source of immigrants — 38% have college educations.

The New American Economy study found that 1 in 3 of these undergraduate degrees were focused on science, technology, engineering and math — “training heavily in demand by today’s employers.”

That report also found that African immigrants were significantly more likely to have graduate degrees. A total of 16% had a master’s degree, medical degree, law degree or a doctorate, compared with 11% of the U.S.-born population, Lim said.

African immigrants were more than twice as likely than the U.S. population overall to work in healthcare, Lim said. There are more than 32,500 nursing, psychiatric or home health aides, more than 46,000 registered nurses and more than 15,700 doctors and surgeons.

“Overwhelmingly the evidence shows that [African immigrants] make a significant, positive economic contribution to the U.S. economy,” both at a national level and in districts where they are concentrated, Lim said. “They contribute more than $10.1 billion in federal taxes, $4.7 billion in state and local taxes, and most importantly, they have significant economic clout to the point of $40.3 billion in spending power.”

That $40.3 billion pays for housing, transportation, consumer goods and education for their children — “things that actually stimulate the economy around them,” Lim said.

The biggest beneficiary is Texas, where their spending power is $4.7 billion, followed by California, Maryland, New York and Georgia.

“It’s a population that leverages its human resources and contributes to the U.S. economy by revitalizing communities, starting businesses, but also by working in a variety of professional fields,” Batalova said.

Even those with less education who arrive as refugees often fill certain lower-skill niches in healthcare, such as home health aides, researchers said.

“In the communities they were resettled in, they have made significant contributions,” Lim said.

In many towns and cities in the Great Lakes area of the Midwest, for example, they have started new businesses, infused local labor forces with younger workers, and expanded local tax bases, Lim said.

A report last year by the National Academies of Sciences, Engineering, and Medicine found that immigrants in general had little to no negative effect on overall wages or employment levels for U.S.-born workers, and higher-skilled immigrants in fields such as technology and science had a positive influence on the U.S. labor force.

Still, supporters of stricter immigration policy back the Trump administration’s calls to end the visa lottery as well as programs that allow certain immigrants to sponsor family members to settle in the U.S. They believe that a merit system that selects immigrants based on individual skills should replace the current system. 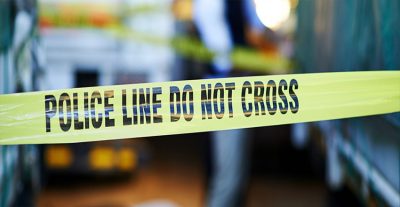